Consider the difficult work that Sarah and Robert had to do, as well as how many years they worked. Do you think that this is fair? Is indentured servitude fair, even if someone agrees to it? Why or why not?

They were not treated fairly. The text stated that Sarah was beaten by her master’s wife. It said, “His wife was a mean-spirited woman who beat me for the smallest mistake  The article stated, “My clothes became ragged; my belly was never full.” In paragraph four it said, “I existed on corn gruel.”

Some kids were kidnapped and forced into indentured servitude. In paragraph 2 it said, “he brought more people from England. 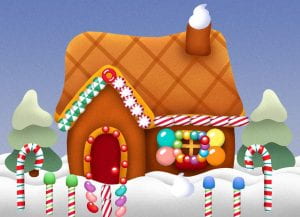 My house has candy outside and if you get in you could get in and eat a lot of candy. Then, if you get to the house be careful because of there’s a witch in the house that turns you into candy. then, there’s this part that the witch turns you into juice and when she drinks it she breaks the glass and you die forever and good luck.

Welcome to your brand new blog at Edublogs!

To get started, simply visit your blog’s dashboard, edit or delete this post and check out all the other options available to you.

We can walk you through step-by-step in our guide to getting started with your blog.